Just when we think the Roland Sands Designs team have reached their peak, they drop another fun bomb in the Bikini Atoll of 21st century motorbikes. In just a few days time comes the second edition of the MotoBeach Classic. We went to the first and it was a great location, literally on the beach, with bikes, racing, bands... That was at Bolsa Chica, the 2018 edition is at Huntington Beach. For this year there is a whole music festival line-ups worth of Orange County punk ban

Forget Ronaldo joining Juventus, the biggest signing of 2018 is Lewis Leathers' securing a sponsorship deal with Jet Rock legend Guitar Wolf. The London-based manufacturer has been outfitting motorcyclists, aviators and rock and roll stars since 1892, and recently opened a successful store in Harajuku, Japan, so a tie-in with cowhide enthusiast, Guitar Wolf is well timed. I met the company's owner, Derek Harris, at this weekend's Assembly Chopper Show, where I took these hast 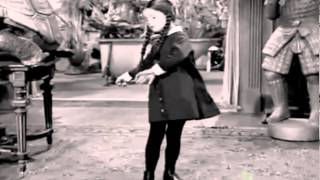 From Harley in the Isle of Man who says, simply, 'Another perfect marriage'. #Punk #Dancing
234
5
6