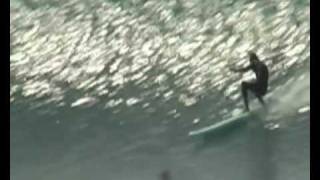 Fanging Hard Through Town On A Kawasaki

There's plenty of surf/bike crossover out there, to the point where most roll their eyes and move on. This however, is different, because it's Derek Hynd. Derek is a true oddball individualist, an iconoclastic former pro surfer, former journalist and commentator who has, of late, abandoned using fins on his surfboards. For those not so up on surf design, the fins are directional stabilizers. Without them the board just wants to go sideways like a drunk Finn in a rally car. On 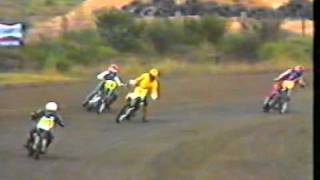 This is not a video about small chicken hamburgers but perhaps flat track purists should stop reading/watching now! Dirt track, as it's known Down Under (Australia), is a little different to what is traditionally seen as 'Flat Track' but the gist is basically the same. Flat dirt track (mostly), very enthusiastic, competitive riders and a small loyal crowd. This is the 1982 'King of Nepean' race series, the video gets interesting about one minute in when two sliders (grasstrac

I don't have a lot of experience with Australian police carnivals, but if they're still anything like this, sign me up. Thanks to John H for the link. #Police #Australia #Crackers #HarleyDavidson
1
2
bottom of page