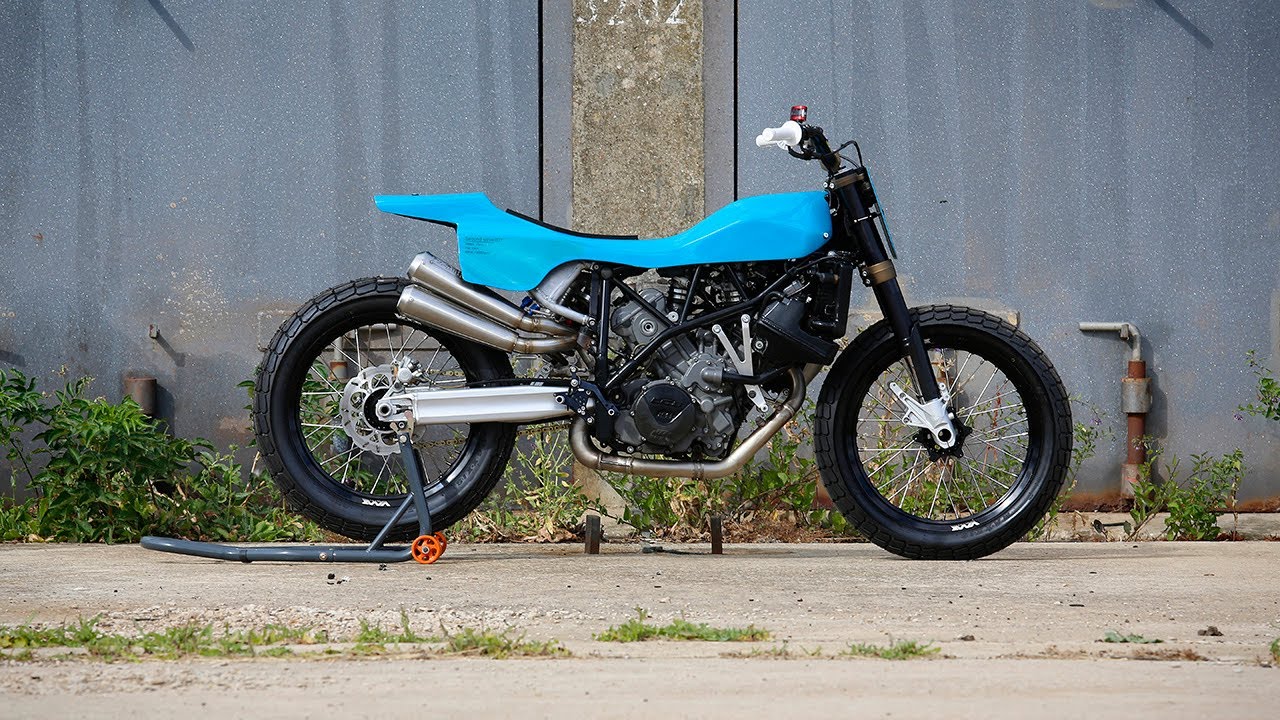 We first saw this KTM street tracker at the Bike Shed Show in May and arranged with the owner, Otis, to photograph it at a later date. He planned to have the bike filmed by Continuum Films, and we have photographer Ian Roxburgh piggyback on the shoot, and an Oxfordshire airfield. It has been a while, but we can share the film, above, and tell you the exclusive feature is in Sideburn 51. Why do you want to but the mag to read about it? It's rolling on 19s (because) It has a ti

American Flat Track's big cheeses ordered a rewrite of the 2022 rulebook to allow KTM to race their parallel twin. Before that, the 890cc Austrian was too big for the Twins classes. With the door open Wally Brown Racing saw an opportunity to move from the Singles class to Twins. Team owner Wally gave us the lowdown on the decision, the bike and its early races, with James Rispoli, on board for out current issue. The team are only contesting the mile races (so far, at least),

Jason in The Infinite Coconut Forest of Dreams & Huge Climbs

Guest post from Jason (above left) On a recent telephone conversation with Sideburn Gary, he was enthusing about all things trail riding, his new hobby. It sounded like the kind of carefree riding we did as kids, when one of the scruffians from the council estate would steal a bike and let us have a quick go on it before the Police turned up. With me being the kind of guy who’s easy to whip up into a stiff peak frenzy, it’s understandable why the heck I was standing in my loc
1
2345