Sideburn at The One Show

It's less than two weeks until our favourite show in the world, The One Show in Portland. I (Sideburn Ed, Gary) am heading out to run the booth in the show, and will be ably assisted by our man in the Pacific North West, Todd Marella, and fellow zine magnate, Norm Motorcycho. We're going to be in the Icon Motosports area, with a booth to knock your socks off (or at least pull them down a bit), but before all that, we're hosting a pre-party with Icon, at the Rogue Eastside, at

The One Show: We're Coming!

We're heading back to the One Moto Show for the fifth, maybe sixth time. We're going to have a booth selling mags and merch, and we'll be hanging out all week. We also have some plans for fun stuff with our Portland friends from Icon Motosport. Details soon. Get your One Show tickets, if you haven't already. #Portland #SeeSeemotorcycles #OneShow #Oregon #Icon

During lockdown I made a promise to myself that I'd ride more when restrictions ended. Self-employment, plus racing, plus being a parent and spouse gobble up a load of time. But mainly the work. There is always something to do when you run your own small business, but I've stuck to the promise and have been on regular trail and woods riding days on my 2017 Yamaha WR250F (bought from Mr DTRA, Anthony Brown). I really enjoy seeing what people choose for their The Right Stuff ki 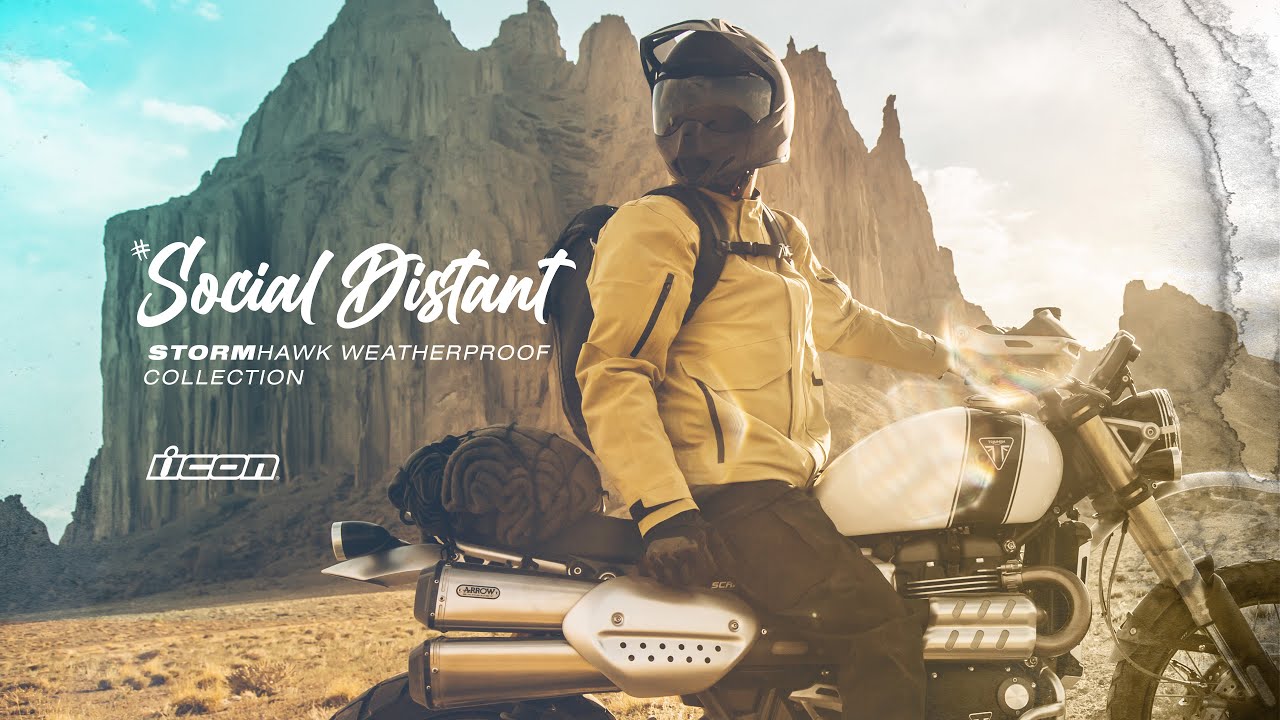 Icon do make a great video. This latest one promotes their Icon Stormhawk WP 'weatherproof' jacket and trousers. It also makes me want to ride a Triumph Scrambler 1200. #Icon #Icon1000 #Triumph
1
234