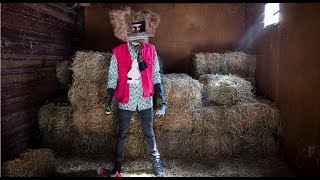 Crack Fox at the Rotten Race

Ex-pat journalist Alex King (of Huck magazine) left London for a new life in Athens and fell in with our friends at The Real Intellectuals in the Greek capital. When he heard about the Rotten Race, TRI's rung-what-you-brung mini flat track party, he knew he had to get involved. He became his deranged spirit animal, the Crack Fox, from genius TV show The Mighty Boosh, confused the locals and made this great short film. #RottenRace #Greece #Drugs #TheRealIntellectuals #Sideburn

Flat track sensation Dalton Gauthier won the three opening rounds of the 2017 American Flat Track Singles championship, but has been stripped of the most recent win, at the Charlotte Half-Mile, and suspended after being caught breaking substance rules, by what we assume, was a drug-testing procedure. American flat track said this in their press release, 'On April 1, 2017, Gauthier was found to have violated Section B (AMA Pro Racing substance abuse policy) of the 2017 America